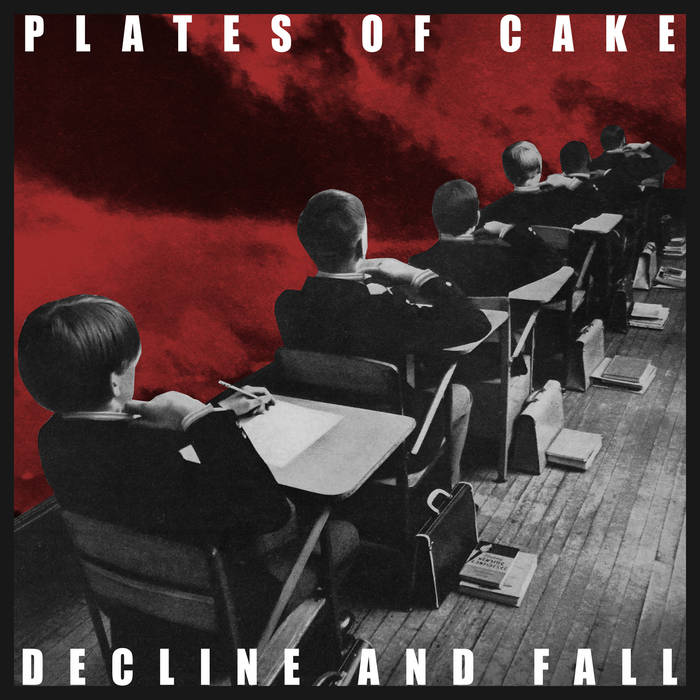 "Restarting on the first kick from 2017’s excellent tape Let’s Not Deprive Each Other, the group continue to deliver rich sounding, shaggy pub music like they have no off switch." - New Commute

"...have a bigness to them that pulls from the classic swagger of the ‘70s (Petty, Costello, Lowe) but lets the line linger on into the early ‘10s summoning up comparisons with fellow BK influence alchemists Nude Beach. The band proves they’ve got a boil brewing for the live nights with the instrumental “Rendition” — the kind of cut you know is gonna work itself into a sweat-puddle set-ender unbuttons their sound in the process. They’ve been burning through the rungs of small platter dealers (Uninhabitable Mansions, All Hands Electric) before taking things into their own hands and while they might need to shout louder than some of their peers to get heard, they definitely have the right to be shouting." - Raven Sings the Blues

"Jonathan Byerley’s Plates of Cake gets sharper with every album. Reviewing Let’s Not Deprive Each Other in 2017, I wrote, “Byerley seems to be inching away from the merely pleasant towards something tighter, pricklier and more memorable.” Now with his fifth album, he’s measurably closer, if not already there, louder, brasher, cleverer and better at song craft than ever. If you like wry, literate guitar pop, you need to know about Plates of Cake. " - Jennifer Kelly, Dusted Magazine

"latest from a steady NYC project whose records tend to come out as one year ends and another begins, at once giving the impression that they're somewhat of a secret, but over time lend themselves some shreds of history, like they've been there all along. Leading this subdued charge is singer-songwriter Jonathan Byerley, who after a record of busy blare (Becoming Double) and an afternooner comedown (Let's Not Deprive Each Other) now retreats to the parlor, with a set that borrows from the strengths of both its predecessors while laying down a manner not found on either, an air of authority that sounds lived in." - Doug Mosurock, Still Single/Heathen Disco

Tracks 1-4 recorded at Sparky The Dog Studios in Joes, Colorado by Jason McDaniel and Gregory Hill
Tracks 5, 6, 8 recorded at Plates Of Cake rehearsal space, Brooklyn, NY by band
Track 7 recorded at Seaside Lounge, Brooklyn, NY by Josh Clarke
Mixed and Mastered by Jason McDaniel and Gregory Hill
Songs written by Jonathan Byerley except How Did You Cross That River (Byerley, Carrafa, Hill) and CIA MAN (Tuli Kupferberg)
© and (p) 2019 Lincoln Of Euphoria (SESAC)